Taming Tibet: Landscape Transformation and the Gift of Chinese Development – A Book Review by Jonathan Mirsky

This book’s sub-title hints at Emily T. Yeh’s main point: Tibet is being transformed by the Chinese occupation, which Beijing maintains is an act of generosity, even a gift, while Tibetans experience the occupation as oppression. This gives rise to one of Ms. Yeh’s propositions drawn from the theorists she regularly invokes: “[T]here is no such thing as a free gift. Instead, the gift is always double-edged, containing elements of both present and poison, generosity and violence, sharing and debt.”[1] Everyday experience tells us this is not usually so, but it is absolutely true for China and Tibet.

Within this main point are Ms. Yeh’s observations on Tibetan behavior and even body language, which strike me as unique. Her general observation is that ethnic minorities often have been condemned by first-world observers or employers as lazy. (This was absolutely the case for slaves in the American South and continues to be an insult heaped on African-Americans today.) She shows that around the world, where “natives” have come into contact with modern “development,” they are described as lazy and requiring discipline. (This concept is sometimes applied to parts of Africa where Chinese investors have brought in Chinese workers because they are said to work harder than local people.) Because during development, cities often take on a "modern" significance, “[s]tate authorities," writes Ms. Yeh,  “see urbanization not only as a shortcut to development and modernity, but also as a way to overcome ethnic autonomy. . . . Urbanization in Tibet is associated with an increased Han presence, as well as the acquisition of Chinese language and Han food and clothing preferences.”[2]

Ms. Yeh, an associate professor of geography at the University of Colorado, Boulder, who has done considerable field work in Tibet and knows the language, noticed what Tibetans are really saying when they dismiss themselves as lazy and fun-loving, compared to the hard-working Hans. When Tibetans do this, she contends, they are sometimes “self-consciously ironic and humorous; the distinction [with the Hans] rests upon a social inflection, a turn of the head, a mocking note, and exaggerated drawl or particular gesture. . . .”[3] In short, she acutely notes, when a villager said to her, “Tibetans don’t like to work. . . . We like to sit in the sun all day. His over-the-top remarks and tone of voice suggested that in saying that Tibetans ‘don’t like to work,’ he was also knocking the Chinese for not knowing how to enjoy their lives.”[4]

Ms. Yeh states that Beijing’s leaders regard Tibetans—as do many Chinese people one meets in China and abroad—like other ethnically non-Hans within what the central government claims to be China, as backward, less civilized, and in need of development. Beijing insists, she notes, that its style of development is different from that imposed by imperialist countries, especially on China when it was a “semi-colony.”

This notion of Chinese uplift and Tibetan ingratitude is well known. It is present in most of the literature about Tibet under Beijing’s rule, whether from the Chinese or Tibetan standpoint, and shines out of every statement made by generations of Chinese leaders and by many angry Tibetans. China’s leaders want to be seen as long-suffering and understanding with Tibetans—even Mao showed this patience briefly during an ethnic Tibetan revolt in Sichuan in 1955—but then, like Mao, they bring down the strap when, the Tibetans, seen as recalcitrant children, persist in their uppity thanklessness. In 1988, when Hu Jintao, later China’s president, was Party Secretary in Tibet, he told me, in an unguarded conversation, how uncultured, indolent, and dangerous Tibetans were; because of this, he said, he kept his family safely in Beijing. In March 1989, he declared martial law in Lhasa.

One of Ms. Yeh’s observations is that Tibetans’ idiosyncratic descriptions of themselves as “lazy” is a part of the cultural and political clash between Han farmers and the Tibetans whom they displaced. Many of these Hans, migrants from “neidi,” or inland China, secured parcels of land from Tibetans on which they proceeded to grow vegetables, often in greenhouses. While Tibetan women worked in these establishments or in others established by Tibetan leaders, in accordance with what Ms. Yeh calls their “gendered” roles, Tibetan men declined to do so. This was condemned in the official People’s Daily, quoted by Ms.Yeh, as “terrifying . . . rigid and conservative thinking and the psychology of idleness.”[5]

Ms. Yeh supplies many pages describing Han condemnations of indolent Tibetans and Tibetan admissions of what they themselves called idleness—hanging out, drinking, card playing, picnics, and singing—rather than working like Hans. These admissions, she shows, circulated “. . . throughout Lhasa. The rural and urban young and old, speak about how Tibetans don’t like to work, sit around in teahouses, bars and at home. . . .  [I]n short, that they are lazy.”[6] As for Tibetan laziness, Ms. Yeh points out that visitors in the early 20th century noticed that Tibetans worked hard in their barley fields, but also loved to hold picnics that lasted for days; Heinrich Harrer[7] and Hugh Richardson[8] saw this, she says—and so did I, although the picnics I saw were much shorter. Since the occupation, Tibetans have shunned “scientific” Han farming with chemicals because it kills living creatures and “spoils” the soil forever.

In her concluding chapters, as well as in occasional lively narratives, Ms. Yeh observes that for many Tibetans the newly urbanized Lhasa, with its bars and, usually Han, prostitutes, “spoils” young Tibetan men, just as chemical fertilizers “spoil” the soil. All of this, she writes, slightly complexly, “. . . reveal the contradictory and contingent ways in which Chinese development in Tibet, as a historically and geographically specific project presented as a gift that cannot be refused, is both present and poison, both desired and resisted.”[9]

If readers who are not members of the specialist cadre of social scientists who take seriously propositions and descriptions only when they are in a virtually private code, can ignore or puzzle out Ms. Yeh's professional lingo— “embodied understanding,” “spatiality,” “the production of space,” “metonym for development,” “different environmental imaginaries,” “sedimented histories”—there is a great deal to be learned from Taming Tibet.

In her two final sentences, Ms. Yeh suggests something worrying and poignant, which occurs to all of us who write about China from outside the corset of the Communist Party. She is unsure “about the ways in which a book such as this will be received and with what consequences. In the face of these unknowns and of the tragedy of self-immolations, the only option is to maintain,” Ms. Yeh contends, recalling Antonio Gramsci, who wrote from his fascist-imposed detention, “. . . a pessimism of the intellect and an optimism of the will.”[10] Or, perhaps, one of the most endearing Tibetan characteristics, an optimism of the spirit.

[7] Austrian mountaineer and the author of Seven Years in Tibet (1952).

[8] British diplomat and a scholar on Tibet. 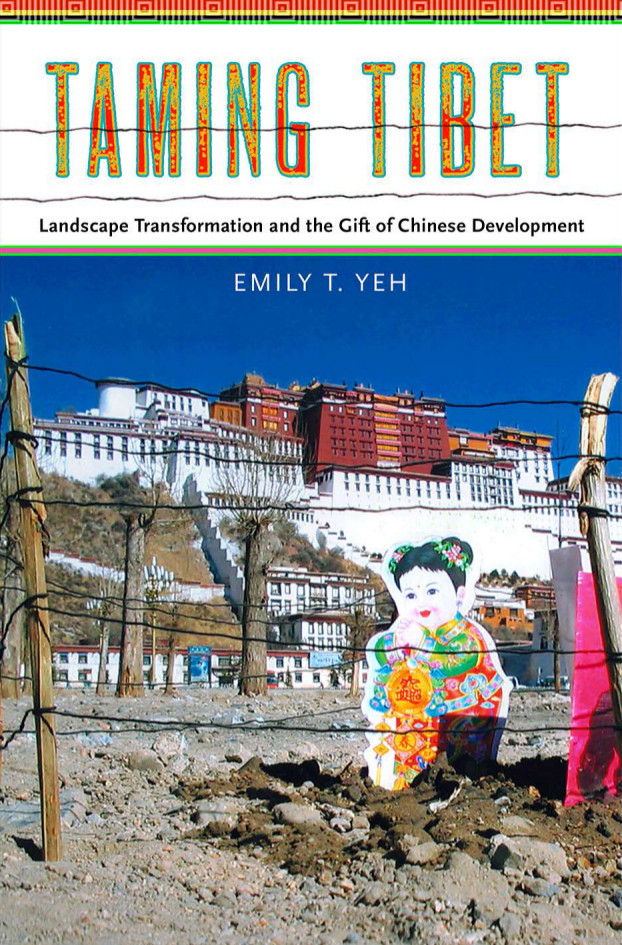