The Costs of Separating Investment from Human Rights: The EU Comprehensive Agreement on Investment with China as Exhibit A

In December 2020 the European Union (EU) announced that it had concluded in principle a Comprehensive Agreement on Investment (CAI) with China. In so doing, the EU deliberately segregated its investment negotiations with China from its human rights engagement. The folly of that approach is now clear, as the European Parliament has imposed an indefinite freeze on ratifying the CAI due to entirely predictable human rights issues. The impasse only clarifies what the human rights community has been saying: sooner or later, the serious human rights deficits of the CAI must be addressed. What’s at stake is the effectiveness and coherence of the EU’s overall engagement with China.

The CAI is the product of eight years of negotiations. It aims to ensure EU investors a level playing field in China and better access to China’s huge consumer market, as well as to strengthen the rules-based global trade environment. But as was highlighted by a coalition of civil society groups, the draft CAI that the EU announced in December lacked any enforceable human rights clauses.

In its 2016-2021 EU-China Strategy document, the EU commits to completing the CAI in order to engage with a more economically influential China while also holding China to account for its human rights record and supporting the implementation of the “one country, two systems” principle in Hong Kong and Macau. What is in doubt is the practicability of maintaining a separation between the two sets of policy goals: trade and investment on the one hand and human rights on the other.

In the very same month that it announced the CAI, the EU established a new mechanism for sanctioning human rights violators (not just China) called the EU Global Human Rights Sanctions Regime. The EU activated this regime for the first time on March 22 when it imposed sanctions on eleven individuals and four entities “responsible for serious human rights violations and abuses in various countries around the world,”  including individuals responsible for “large-scale arbitrary detentions of Uyghurs in Xinjiang” in China. China promptly attacked the EU move as based on “lies and disinformation,” and responded with counter-sanctions against ten individuals including members of the European Parliament, scholars, and four entities. Among the latter were the subcommittee on Human Rights of the European Parliament and a prominent German think tank.

Since the European Parliament must ratify the final CAI agreement, this appeared to be China shooting itself in the foot again or playing a game of political chicken.  On May 20, the Parliament voted 599 to 30 in favor of freezing any consideration of the agreement until China lifts its sanctions. Assessments about the likelihood of China doing so vary (not likely is the majority view).  And yet, CAI is not entirely dead: the European Commission’s trade chief, Valdis Dombrovskis, said before Parliament voted that technical scrubbing and translation of the agreement continues, as the Commission still hopes to find a way to move forward. Furthermore, in contrast to the EU sanctions which are set out in law, China has yet to explain the actual content of its sanctions, whose legal implications remain unclear.  The lack of political will on both sides to clarify the legal impact of China’s sanctions is contributing to a mutually beneficial ambiguity that may enable the bigger agenda to proceed– towards eventual ratification of the CAI.

Josep Borrell, the EU high representative for foreign affairs and security policy, expressed his full solidarity with the members of the European Parliament, the Human Rights Subcommittee, and individuals and entities affected by the Chinese retaliatory measures. But he said that under the EU’s multi-faceted approach, the EU needs to continue to engage with China, sidestepping the challenge of how to engage effectively in alignment with the EU’s stated human rights values and commitments.

The EU needs to demonstrate to the international community and to its own citizens that it also takes China’s serious and systemic human rights issues seriously.

Even in the unlikely event that Beijing withdraws its sanctions on EU individuals and entities, there may still be other obstacles to selling the CAI to the national constituencies of the EU member states. Recent public opinion polls such as the Pew survey conducted in October 2020 show a drastic increase in unfavorable views towards China.  Even in Central and Eastern Europe where there are more mixed views, researchers are finding a sense of disillusionment setting in, as revealed in a recent cross-national survey study, “European public opinion on China in the age of COVID-19.”  China researcher Bertram Lang points to three key factors: COVID-19, Xinjiang, and Hong Kong.

The EU recognizes the economic and strategic challenges that China poses, as highlighted by the European Commission’s recent policy proposals on foreign subsidies (notwithstanding specific CAI provisions regarding “covered entities” including SOEs) and an update of the EU’s industrial policy aimed at reducing EU dependency on China supply chains. The EU needs to demonstrate to the international community and to its own citizens that it also takes China’s serious and systemic human rights issues seriously. Proposals have been offered for how to do this. On January 13, a coalition of 35 civil society organizations issued a Joint Appeal on the Inclusion of Enforceable Human Rights Clauses in the EU-China CAI  urging EU officials and members of the European Parliament to set human rights conditions prior to ratification of the CAI, including China’s ratification of core human rights conventions, such as the International Covenant on Civil and Political Rights, and the insertion of robust and enforceable human rights clauses in the CAI.

The EU also needs to recognize the domestic and overseas human rights impacts of the Chinese Communist Party’s extensive national security architecture, including the National Security Law (2015), the Cybersecurity Law (2017), and National Security Law for Hong Kong (2020). Together, these represent a systematic securitization of the whole environment with rights impacts, in particular on the rights to privacy, freedom of expression and opinion, access to information, and peaceful assembly.

In my written intervention for the European Parliament Subcommittee on Human Rights hearing on February 25, 2021, I highlighted risks posed by a Chinese regime that rejects a rights-based approach to development and aggressively promotes Chinese models of human rights, democracy, and rule of law. I also urged the EU to conduct a full human rights impact assessment (HRIA) of the CAI. An HRIA based upon updated and detailed empirical information and full consultation with affected stakeholders should identify and assess the legal and political risks posed by the CAI and propose human rights mitigation measures so that more responsible, accountable, and informed choices can be made. In the absence of such due diligence, a meaningful HRIA, and enforceable human rights clauses, the CAI is not only a bad deal, it’s a dangerous and unsustainable one that will not in the long run promote the economic goals or the human rights commitments of the EU. 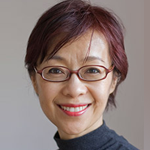